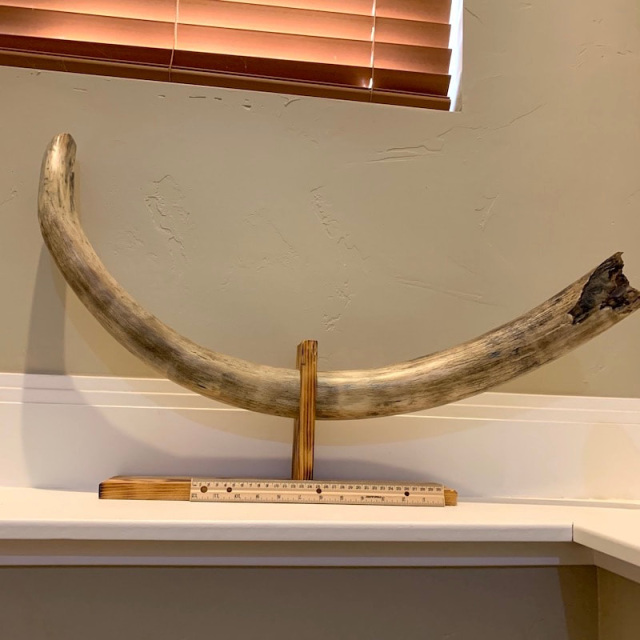 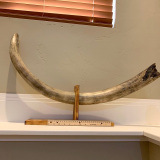 This is an amazing tusk from a Woolly Mammoth. It measures 36 inches long. was found in the Tundra of Alaska by the native peoples. It weighs 11 lbs.