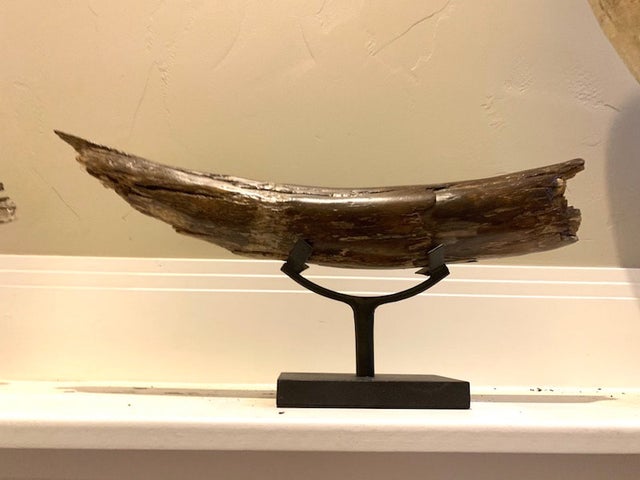 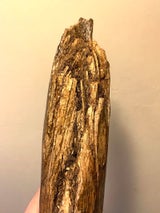 This is an amazing tusk from a Juvenile Colombian Mammoth. It was found in a gold mine in Alaska. It came from deep in the permafrost filled with ancient plantroots, evidence that it had been on the surface in ancient times and was then buried. It weighs 6 lbs.

The Colombian Mammoth, is a species of ancient elephant and was truly enormous. This is an amazing tusk from one of these incredible creatures. This animal is known from bones and frozen carcasses from northern North America and northern Eurasia with the best preserved carcasses in Siberia. They are perhaps the most well known species of mammoth. It is in incredible condition and priced to sell.